When the Porsche 944 was presented to the public in 1982, critics were pleasantly surprised

In fact, the new 944 differed from the previous model, the 924 (it was its evolution), by a 4 cylinder 2.5 liter engine entirely developed in Porsche, which combined with the successful transaxle scheme with rear-wheel drive enjoyed great maneuverability and excellent performance

The line, on the other hand, was taken up by the extreme version of the 924 called Carrera GT, which had widened fenders and the rear wing

This Porsche 944 S that we are presenting for sale is one of the most extreme versions of this model. Equipped with a 16-valve engine and 190 hp, it reaches 230 km/h, with a reliability and driving comfort that only the Stuttgart manufacturer can offer.

The 944S that we propose is the version produced for the American market, but in fact it has always been in Italy, it belonged to 2 previous owners, including a console who had registered it with a diplomatic plate and used sporadically as a third car.

The car has in fact only 65.000 miles from new, about 105.000 km, and is the most equipped version, with a sunroof, adjustable seats, air conditioning, etc.

All previous maintenance of this splendid Porsche 944S was carried out in official centers, and the entire history of the interventions is documented by the invoices. The last one dates back to about 1 year ago with a full service in the Porsche center for around 1.300 euros

The bodywork is still in good condition, the car has never been damaged and has no traces of rust. The interiors are still original and show some minimal signs of aging. Overall, the car is in very good condition and can be used without any problems

A car with a high quality-price ratio, with a comfortable, reliable and fun drive, and with rising prices like all Porsches 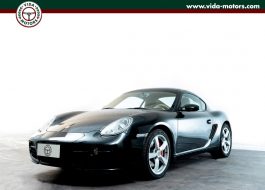 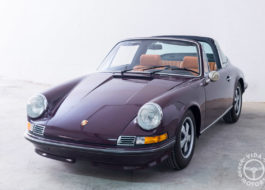